URCap SDK (But I Dockerized it)

Hey URCap Dev community,
I put the SDK on Docker, and linked it to the URSim that’s on Docker so that it’s easier to develop and deploy URCaps. Please let me know if you have feedback and such. Hopefully, this is easier to use than the VM image. Link to the repo that contains the repo, and instructions, are here. Cheers! 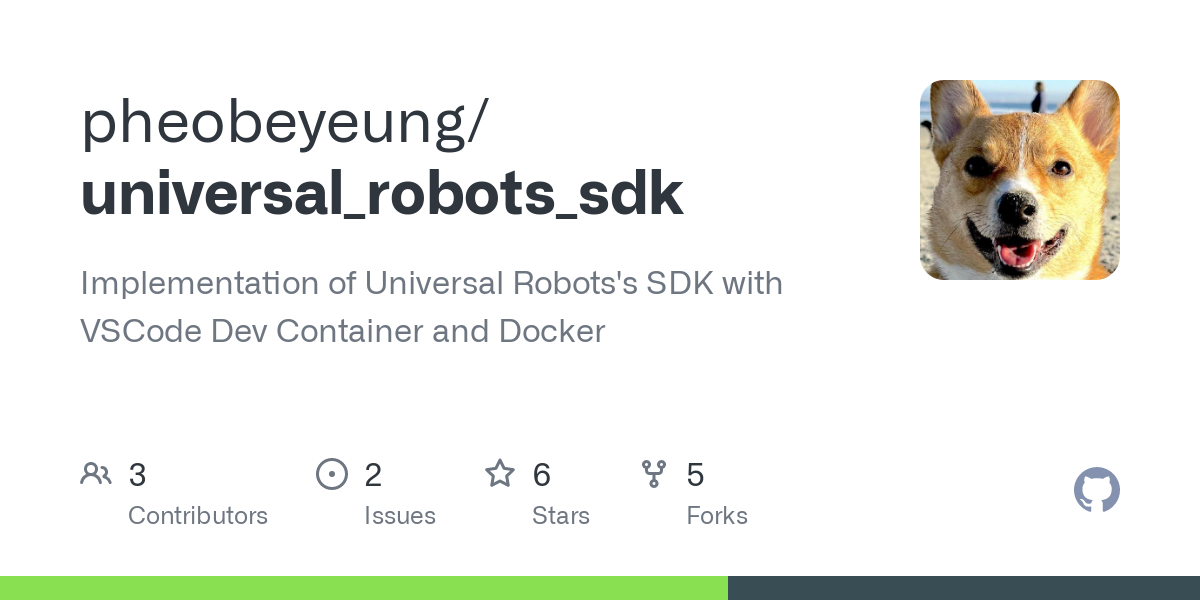 I install git/docker desktop/visual studio code, I did setup according to your instruction. 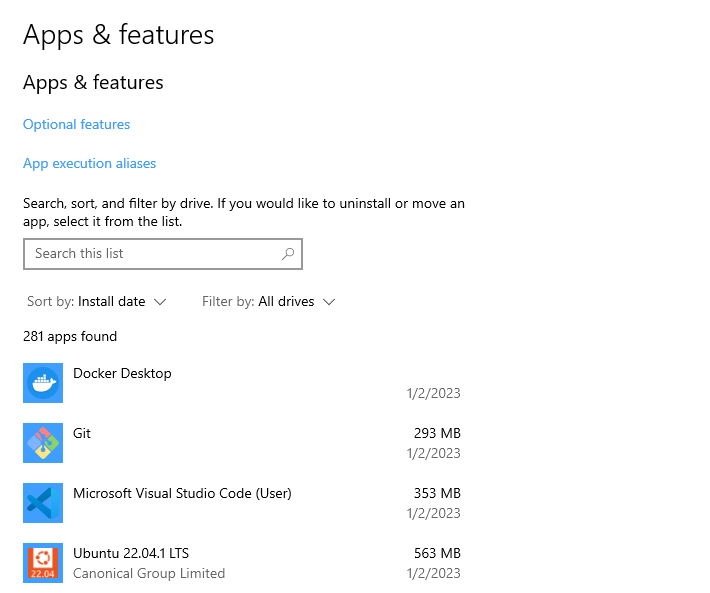 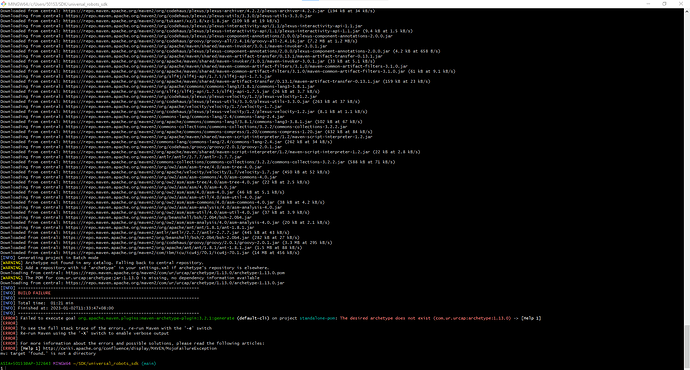 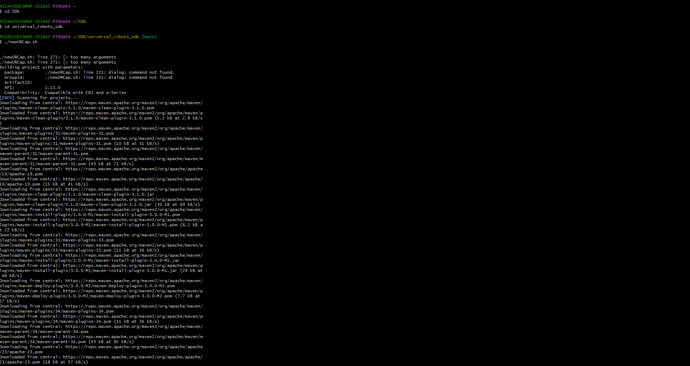 Hello Sir,
it shows git not found when run in VSC as following, maybe I have to do some settings about git.path, but I don’t know how to do it. 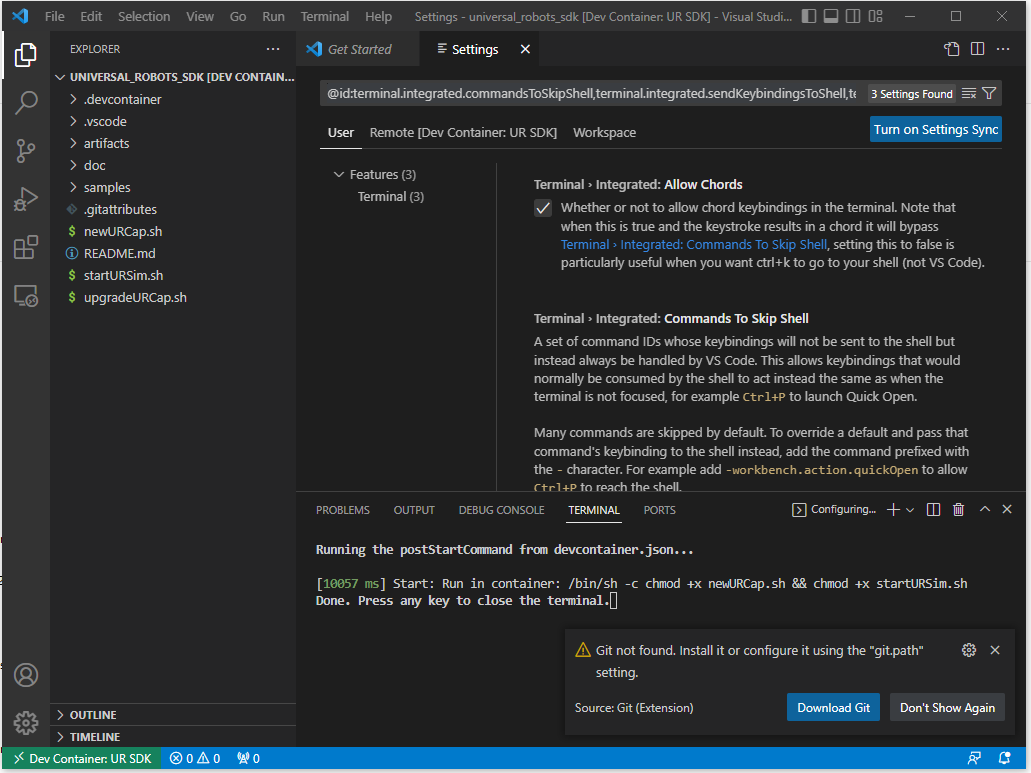 Thank you for your question. The issue with git path on VSCode should not affect anything. I do have a question – can you check what the line ending setting is when you have the newURCap.sh shell script opened in VSCode? I’ve attached a screenshot for clarification. 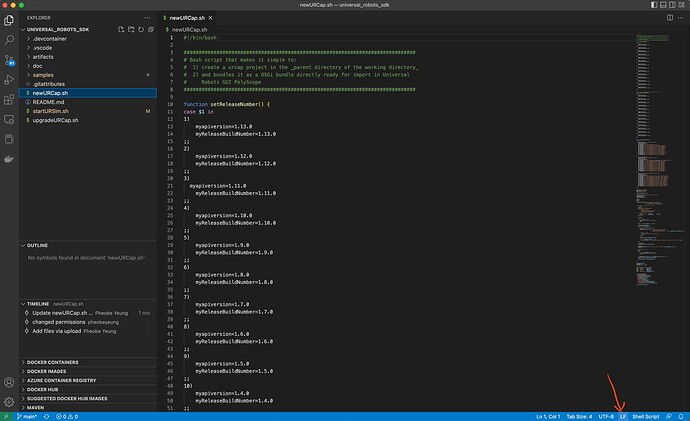 Hi Phye,
Yes, you’re correct, it has no effect until now. 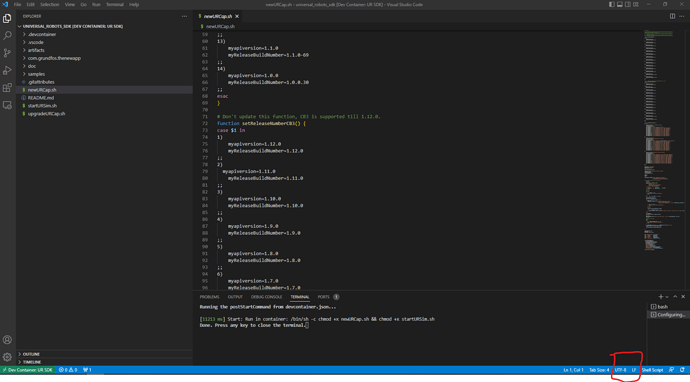 Great news to you! I managed to run newURCap.sh in VSCode after I did this to open SDK in VSCode. 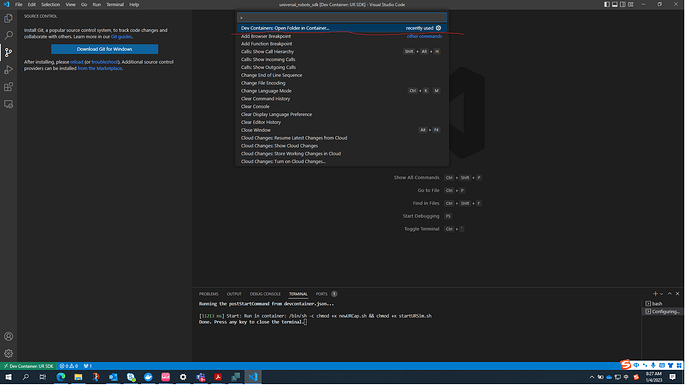 So great thanks to your new SDK update! It works for me!