How is it possible to have a Waypoint (Waypoint_4) in this example show in one command as a Defined Location, and in another command show as Undefined??

These can’t possibly be the same waypoint under the hood… 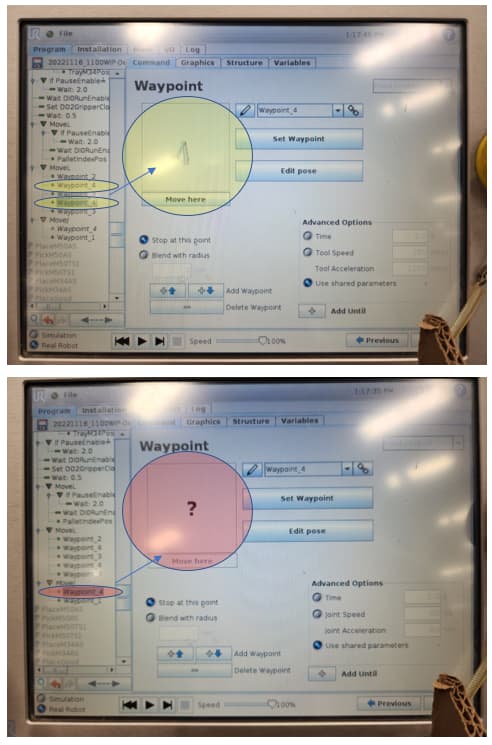 Could have a different Feature selected maybe. Or maybe that’s not even a thing in CB series.

It looks like this is a confirmed bug, per UR Global. If anyone runs into Waypoint Issues, DON"T cut and paste I guess. I am going forward only using variables, not waypoints, since there is no way to clean this up once it happens (Unless you catch it RIGHT AWAY I think)

I found this on one of my UR3’s as well. We worked around it by moving the BOT to the defined point and setting the undefined waypoint. The linked points have been fine since then. When running the program with the undefined point the bot just starts heading off to an unknown location.