I’m reading about import jar files in URCAP Projects, but how is it possible?
Anyone has an example to show?

My scope is to import jdbc.jar and use it’s functions with toolbar node.
Thanks

This isn’t something URCap specific. Just google around for adding external jar files through whatever IDE you’re using. In Eclipse you just configure the Build Path and click “Add External JARs” 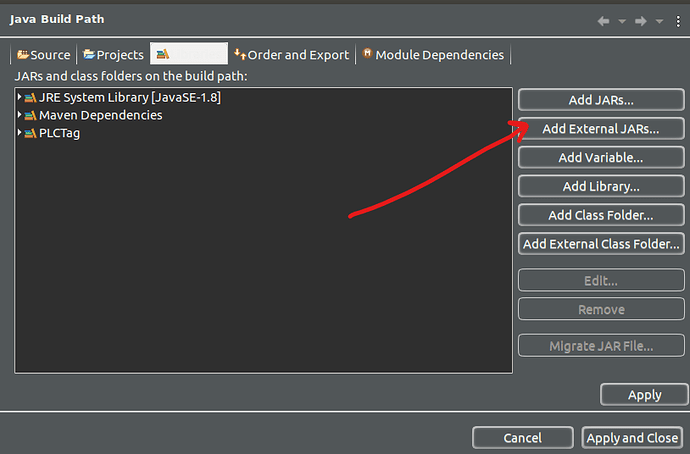 Hi, thanks for suggest.
I have this problem now: ( shows image below )

Is there a way to resolve this message error? Should i add something on POM.XML?

Yes. Here’s an example Maven dependency. You should find something like this wherever you found the original jar file. Just that into the POM file along with the other dependencies.

I have already tried this way.
I’ve imported JAR external file into my project ( and also changed to mysql server ).
Now, this is new problem ( see attached image) , what’s wrong? 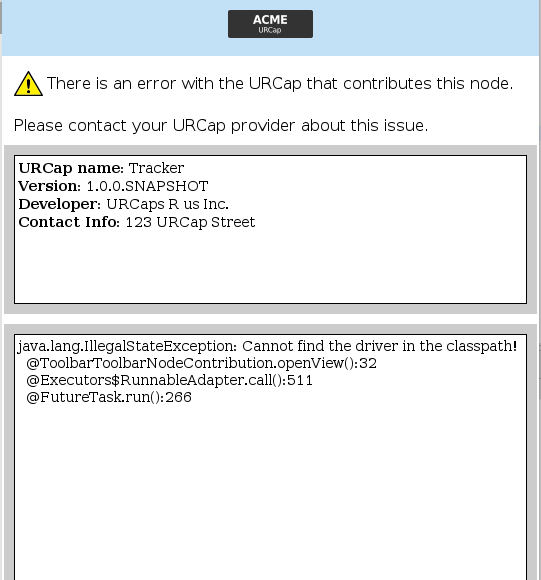 No idea. I’m definitely not an expert at all the nuances of setting up an IDE and classpaths and dependencies etc. I’ve gotten as far as I have by Googling the error, copy pasting code online, and just generally poking around at things. Only thing I notice is your jar file is in a different spot than where I’ve put mine in the past: 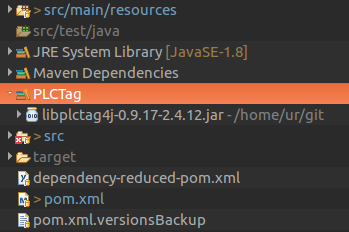 Somewhere online it said to make a new Library and add your JAR files there. So that’s what I did. It also didn’t work right away. I poked around at it a bunch and eventually it started working. Not sure what I did right/wrong there either.

This website seems like it’s covering quite a bit. Give it a read and see if anything they are suggesting works.

Then add a dependency with your own chosen groupId, artifactId and versionId to the pom file.

But also add the artifactId to the “Embed-Dependency”.

This should work.
If it doesn’t, have a look at the error. Most likely the reason will be of a missing dependency because the Jar file you uploaded relies also on another jar file. So do the same for that (those) file(s), maven install, add dependency and finally add to the Embed-Dependency.